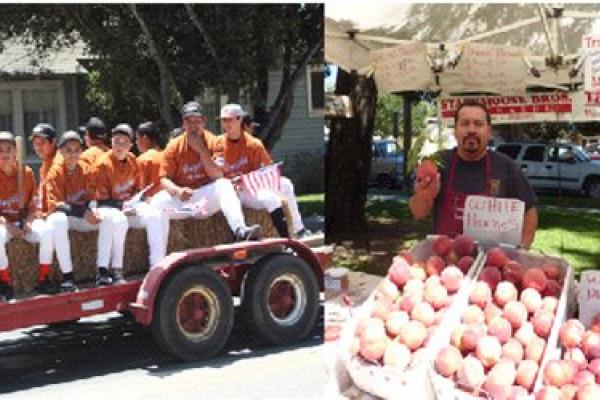 Situated in the heart of the sixty-mile-long Salinas Valley, Gonzales is nestled between the rolling Gabilan Mountains and the picturesque Santa Lucia Range. A commuter’s and employer’s paradise, Gonzales is located just 18 minutes south of Salinas, the county seat, and 30 minutes east of the Monterey Bay and its restaurants, attractions, golf, and cultural events.

The City is dedicated to building not only business, but community, wellness and family.  From affordable housing to beautiful parks and open spaces, Gonzales is a great place to raise a family. The community prides itself in acting regularly in "The Gonzales Way". Daily actions and interactions are guided by the principles of Love, Care, and Connection.

The climate in Gonzales is temperate with summer daytime highs from the 70s to mid 80s.  Nighttime coastal fog generated within the Monterey Bay is introduced at the northern opening of the valley by brisk afternoon winds.  Coastal fog and maritime winds are pulled down the valley as it narrows to less than five miles at the center.  The venturi shaped wind tunnel opens up at the south end near King City and Lockwood providing a brief respite to summer daytime temperatures often exceeding 100 degrees.  This effect results in cooler evening temperatures in the mid 50s.  Indian summers begin in September and can last through early December offering a warm and pleasant fall season.  An average rainfall of 10-12 inches a year leaves plenty of days to enjoy the relaxing California sunshine.

Discover more of why Gonzales is a great place to live.