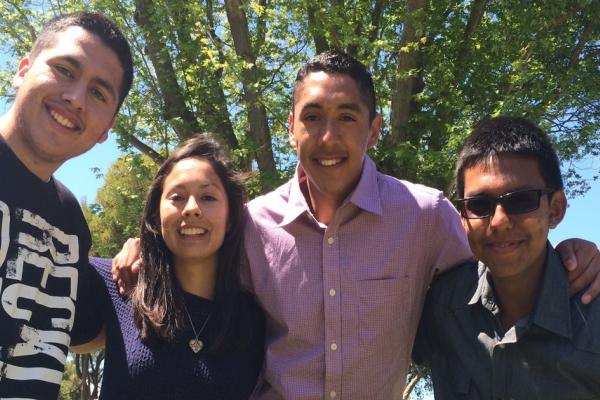 Sixty percent of our population is under age 35 presenting opportunities for small business development and entrepreneurism.

Gonzales’ population grew slowly from the 1950’s through the 1970’s, increasing from 1,821 to 2,891 residents.  During the 1980’s, Gonzales began to rapidly grow with other South County Cities including Soledad, Greenfield, and King City. This growth was driven by the availability of affordable housing and interest in the relaxed lifestyle of the smaller communities.  As of 2008, the City had 8,455 residents with dramatic growth projected over the next several decades.  By 2035, Gonzales will have an estimated 24,000 residents.

Gonzales has a higher proportion of “families” than the County or State, and fewer households consisting of a single person or unrelated persons.  In 2000, there were 1,695 households in Gonzales with 68 percent of those being married couple families.  The average household size of 4.42 persons is higher than both the County and State averages of 3.14 and 2.87, respectively.

Because of the City’s large number of family households, Gonzales has a relatively high percentage of residents under the age of 19.  Some 42 percent of Gonzales’ residents are 18 years of age or younger compared to Monterey County’s 31 percent.  The City’s median age of 24.5 years is also lower than the County’s median age of 31.7 years.  Gonzales has a relatively small elderly population when compared to the County. Only 5.7 percent of residents are 65 years of age or older, while 10 percent of the County’s population is 65 years or older.

In 2000, Gonzales had 2,813 employed persons compared to 1,646 in 1990.  Agriculture and related industries are the largest employers and the strongest economic base for the City and County.  Despite its decline from 40 percent in 1990, the agricultural industry employs nearly a quarter of the City’s workforce. Wholesale and retail trade are other significant factors, employing about 24 percent of the City’s employed residents when combined. Gonzales’ unemployment rate of 11 percent is higher than the statewide average because of the seasonal nature of agricultural employment.